What financial advice would you give yourself at 18?

Think back to when you were 18, or younger. Did you dream of being rich and famous?

Guided by this, the best financial advice to give yourself at 18 might be:

If you want to be old and rich rather than old and poor, saving is the key. Because money grows over time through the magic of compound interest.

This is where maths comes in. Put away money little and often.

Here’s a question that can be tricky to get your head around:

Which is greater? One million pounds today? Or a penny today, doubled every day for 30 days?

Answer: Doubling one penny daily for 30 days would yield over ten million pounds!

And here’s a thought experiment (if you’re more visual).

Picture a chessboard with 64 squares. Put a penny on the first square, two pennies on the second, four on the third and so on, doubling every time. How many pennies will you have at the end?

Admittedly, investments typically don’t double daily, but the principle is the same, and they do grow over time.

If your parents and grandparents were like mine, you probably used to be given cash or Premium Bonds as a birthday or Christmas gift.

But the cash would quickly be spent, or languish in a low-interest in a deposit account, while ERNIE’s payouts usually added up to diddly-squat.

You’d get better results when you invest it in the stock market. 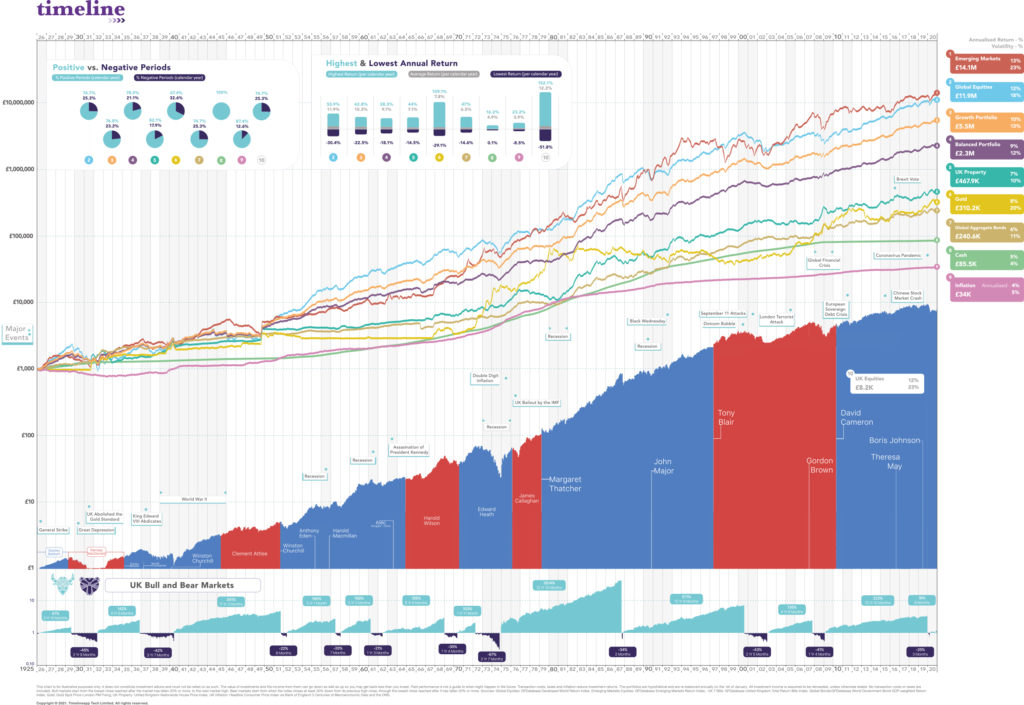 At 18, you might not yet be earning big bucks in the workplace. Hopefully, you’ll generate more income as you move through life, and you can put away more.

Investing works, as long as you don’t raid the pot!

No one knows what the future holds, and life will always have its ups and downs.

There may come a time when you look back to your 18-year-old self and thank them for starting to save so young, because you may need access to the money later.

What this means to you

As long as you are working, you are earning, keeping the cash flowing in. There will come a time (called ‘retirement’) when you’re no longer working. At that point, all you’re doing is spending – and you need some money to spend. If you want to be old and rich, you can’t depend on the government to support you.

Remember, the longer you leave money invested, the more time it has to grow.

So, whether you’re 18 or older, now is the time to start saving. It’s never too late.

“In this world nothing can be said to be certain, except death and taxes.
Benjamin Franklin

We all know sad stories about people with health issues or those who died before their time (we’re especially aware during a pandemic).

So you have to consider what you’ll do while you’re alive.

Our job as financial planners is to ensure the years between birth and death are as financially comfortable as they can be.

If you’d like help with this, please give us a call.

Just for a change, let’s end with a 35-year-old power ballad released in 1986: Who wants to live forever written by Bryan May for the film Highlander.