If you’ve recently read the headlines or heard the news, you will know that Greece is currently laden with debt and negotiating a further bailout with its international lenders.

The situation has been bubbling like moussaka for the past six years, when Greece’s credit rating was downgraded by three leading agencies amid fears the Government would default on its debt.

It’s been a fast-moving and difficult story to follow, and everyone is speculating about possible outcomes.

At about 180%, Greece’s total debt is large relative to its GDP, but it’s only about 0.25% of world debt markets. Greece is a tiny economy, ranked 51st in the world by GDP, and accounting for only about 2% of the Euro Zone. That makes its economy about one tenth the size of the UK, which is smaller than Qatar, Peru and Kazakhstan.

Of course, there is concern about Greece’s European bank lenders, the future of the Euro, and the global financial system. However, market prices have already adjusted to take these possible ramifications into account. 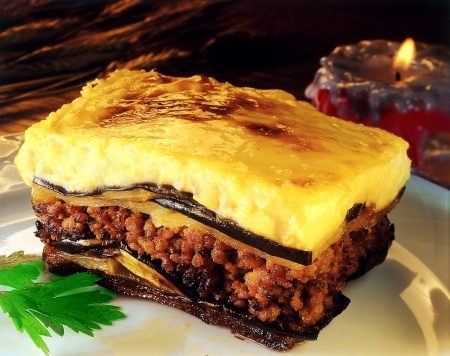 We don’t have a crystal ball (and can’t ask the Oracle), so no-one can predict what’s going to happen.

Some people look at the market volatility index of Chicago Board Options Exchange, sometimes known as the ‘fear index’. In mid-June it stood at 12, and spiked recently at 18 – but that’s reassuringly nowhere near 80, where it reached at the peak of the financial crisis in 2008.

In summary, financial risks do exist, but by far the biggest impact is on the Greek people.

If you change your portfolio in response to fast-breaking news, you may be reacting to events that are already built in to security prices. We therefore recommend you stay focused on your goals, and keep your investments broadly diversified across countries and asset classes.

In summary, the best action is no action – or some tasty meze with a glass of ouzo.