For years, Neil Woodford was renowned as one of the UK’s most successful fund managers. He got it right more than most. (Or maybe he kept up the pretence of skill for longer.)

He was supported by fund supermarkets such as Hargreaves Lansdown, who regularly promoted his funds to investors.

Woodford built up a good reputation when he was with Invesco Perpetual, so, a few years ago, he broke away and started trading under his own name. One of the Funds he founded was a high-income fund called the Woodford Equity Income Fund. But it’s been struggling for a while. After a rush of people withdrew their money, Woodford suspended trading on 3 June, and apologised on YouTube, saying the move was “in the best interests of investors”.

The Fund once held £10.2bn but is now worth just £3.7bn and investors are unable to transfer, sell, redeem or cancel their shares. Meanwhile, the Financial Conduct Authority has called for Woodford to waive management fees while he attempts to rebuild the Fund’s value (quoted as £100K per day). The FCA itself has been criticised for not spotting the warning signs early on.

We don’t have any glee over Woodford’s demise, but his story reinforces our message that it’s very hard to pick winners over the long term. That’s why you should stick with the original plan. Don’t chop and change. Wait long enough, and it will all be OK.

Here’s some evidence to support that.

This bar graph from Dimensional’s 2019 report shows that only 21% of actively managed funds outperformed the index after 10 years. You’ll also notice that many funds disappear each year due to poor market performance. It’s US data, but the situation is the same worldwide. 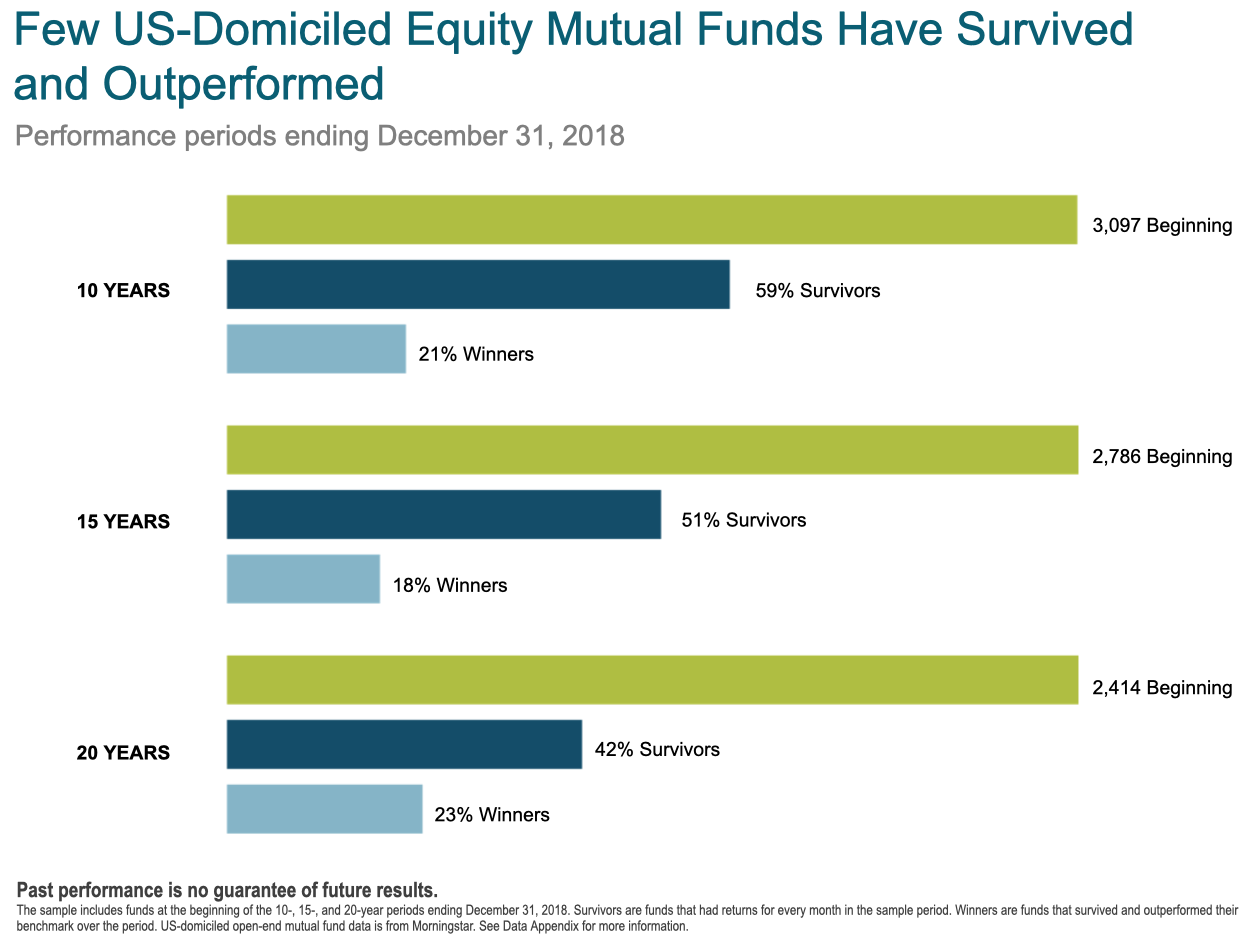 Dimensional say “The evidence shows that a majority of fund managers… failed to deliver benchmark-beating returns after costs. The results provide a strong case for relying on market prices when making investment decisions.”

In summary, when an active fund manager has a good track record, it’s because of chance, not skill.

Avoid their high fees, choose funds with low costs, and you’ll be in a position to earn more from your investments.

That’s what we do for you here at Plan 100. If you have any queries, just give us a call.